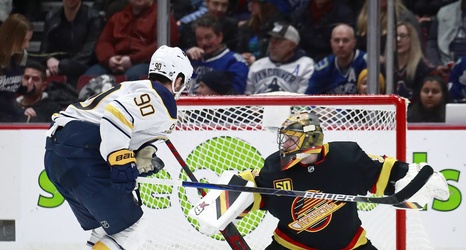 Minus-1: What the heck was that first period?

Saturday’s game didn’t start off great for the Sabres, who were outshot 9-3 in the opening twenty minutes of play. It took over eight minutes for Buffalo to record its first shot on goal, and the period was filled with turnovers. Josh Leivo eventually made it 1-0 after a missed pass by Marco Scandella, and a missed save from Hutton. Let’s be honest: the Sabres were lucky to only be down by a goal after twenty minutes of play.