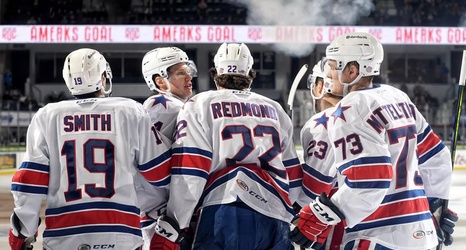 For the first time all season, it appears that the Rochester Americans find themselves in some sort of a losing skid.

After taking the North Division by storm, Rochester has cooled off lately - losers of two in a row, three of the last four and four of the last six games.

ROC: No goals scored
ROC: A.