Adams Focused on “Doing What’s Right for the Buffalo Sabres” 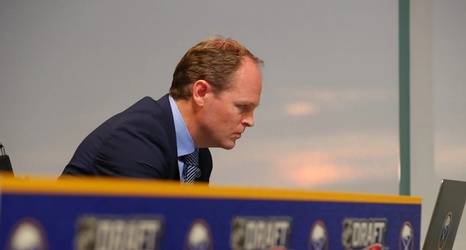 About 28 hours after the opening of the NHL’s free agency period, Buffalo Sabres general manager Kevyn Adams spoke with the media to discuss his strategy, pieces the team has added so far and what he & his staff hope to accomplish in the coming weeks.

Reiterating his earlier statements, Adams stressed the importance of having players who want to be on the team and doing what’s best for the organization as a whole, particularly when discussing a potential Jack Eichel trade. He also addressed building a team short-term while considering the long-term consequences of signings, trades and other moves.