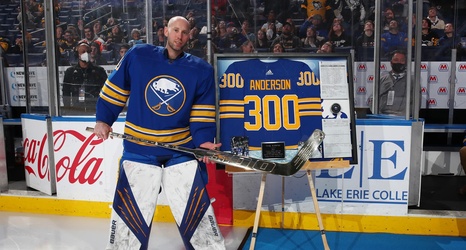 When the Buffalo Sabres signed Craig Anderson to a one-year contract last July, it was hard to know what to expect from the 40-year-old netminder entering his 19th NHL season. While he had found success in the past with Colorado and Ottawa, that was approaching a decade ago, and it was clear the numbers he was putting up in recent years showed signs of decline.

Although Anderson may not be the Sabres goalie for the long term, bringing him in to fill a goaltending position that had lacked a veteran presence in recent years turned out to be a great move for Buffalo’s front office.