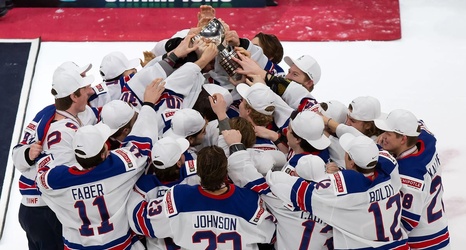 Team USA captured the gold medal at the 2021 IIHF World Junior Championships, securing a 2-0 victory over Canada on Tuesday evening. With the loss, Canada won the silver medal, while Finland beat Russia earlier in the day to snag the bronze.

Entering Tuesday evening’s game, it was an uphill battle for the Americans. They’d done well in group play and throughout the tournament, but now had to face an incredibly strong Canadian team. Although the game started off a little rough, Team USA quickly proved its worth and took control en route to the win.

Let’s put it this way: Canada had not allowed an even-strength goal all tournament entering Tuesday.