Why the Buffalo Sabres Should Not Sign Shane Doan 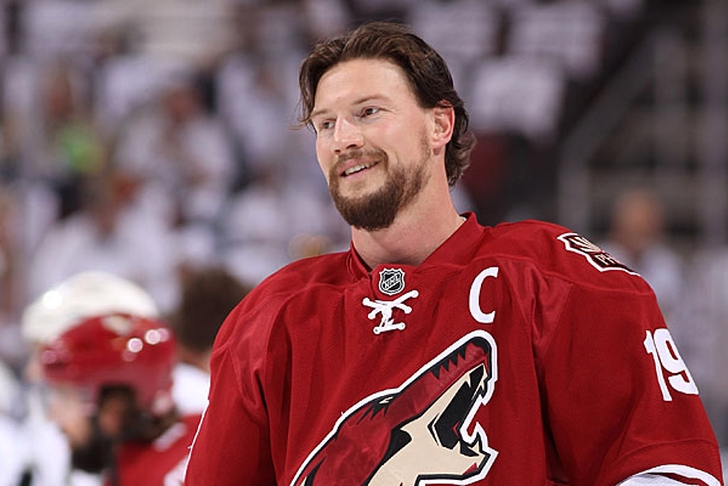 Roughly a month ago an anonymous Eastern Conference team offered unrestricted free agent Shane Doan a 4 year contract worth $30 million. This past week various sources (including former NHLer Jeremy Roenick) have stated what all Buffalo Sabres fans feared; The Buffalo Sabres were indeed the team that offered Doan that massive contract.

The offer does explain why the Sabres have had a relatively quite offseason. They haven't

gone hard after Bobby Ryan, haven't made any major trades (other than Derek Roy) and most importantly they have not resigned Tyler Ennis. If Doan does decide to come to Buffalo it will take care of most of those issues. There will no longer be a need for Ryan and the Sabres will not have enough money to resign Ennis. Right now Terry Pegula is waiting for the cards to fall, but how long will he wait?

Pegula can't wait on Doan much longer. While Doan wants to give the Phoenix Coyotes every last chance, the Sabres can't wait that long. With the impending lockout date of September 15th, the Sabres have just two weeks left to sign Ennis before the "lockout". Ennis must be getting antsy by now, hearing his name come up in multiple trade rumours and now knowing the team he is trying to re-sign with is about to give his salary to a "bigger fish".

Here's four reasons why Shane Doan will not be coming to Buffalo.

While it's nice to think about landing a player of Doan's calibre, when you really analyze the situation you realize it would be better for the Sabres not to land the veteran.