Why the Buffalo Sabres Should Draft Cody Ceci 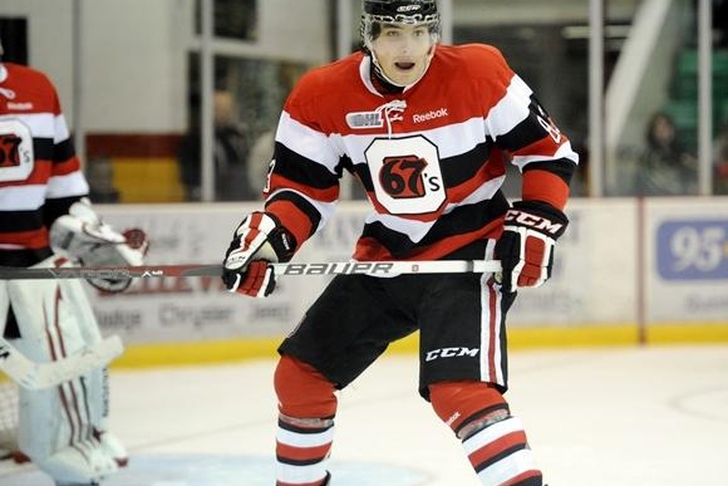 The NHL draft is just days away, it's the perfect opportunity for teams to re-equip themselves for the future. But the Buffalo Sabres don't have time to build for the future they need to build for today. The core of the Sabres (Ryan Miller, Thomas Vanek and Jason Pominville) are all pushing 30, Miller, Pominville and Vanek's contracts will all be up in 2014 and some of their past draft picks are ready to step into the NHL. This is a Sabres team that has the ability to be exciting and make a deep run into the playoffs, but they're missing one or two key pieces.

Last season it appeared the Sabres had all the right tools to go all the way, but key injuries to Ryan Miller and Tyler Myers put a real damper on those plans. But next season is a clean slate, everyone is healthy, the rookies are determined to prove their worth and Miller has to have a bounce back season eventually right?

So while the Sabres don't necissarily need a defenceman, they do need a player who is

ready to jump right into the NHL. Outside of the top 5 there aren't any forwards that fit the bill the Sabres need. Considering the 2012 draft is the "year of the defenceman" the chances of the Sabres acquiring a defenceman that could start in the NHL next season are much greater. Which is why, if Cody Ceci is still available at 12th overall they should take him.

It was interesting to watch Ceci in the OHL last season and see him raise his draft stock. When the season began he wasn't in the first round conversation, now he's in the top 10 conservation. It's rare for a player to raise their drat stock that drastically but when a player does you know there is something special.

I haven't been this excited about a draft in a long time, and if the Sabres are able to get their hands on Ceci they could set up their blue line and power play perfectly. One of Ceci's best assests is his ability to quarterback a power play. He exploded onto the OHL scene last season scoring 17 goals and totally 60 points from his defensive position, which was good enough to led his team in points and finish 2nd in the OHL behind Boston Bruins prospect Dougie Hamilton. It was a career year for Ceci and it couldn't have come at a better time, prior to this season his season high was 9 goals and 34 points.

At the tender age of 19 Ceci already has the skill and the size (6'2", 207) to play in the NHL next season. A full offseason of training, possibly adding more size and the Sabres could have one of the tallest blue lines in the league with an average of 6'3". The best part about tall defenceman is their ability to reach right around an opponent with such ease, not to mention the chemistry Ceci and Myers could have on the blue line.