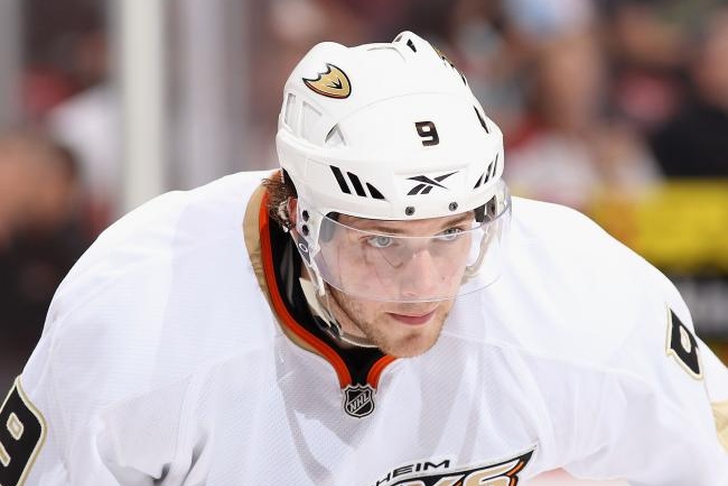 The next few weeks are an exciting time for hockey fans: The NHL Entry Draft followed

by the star of free agency. Due to the craziness of this time lots of rumours start to swirl around the league. One of the major rumours right now is the revamped talk between the Buffalo Sabres and the Anaheim Ducks. Right before the end of the trade deadline there were talks the Sabres and Ducks were interested in a trade with Ryan Miller and Bobby being the two major pieces. Now that the regular season has ended the Ducks have put Ryan back on the market and the asking price is Miller.

But this time around the deal has been spiced up and the Ducks are now offering their starting goaltender Jonas Hiller and Bobby Ryan in exchange for Miller (and possibly a draft pick or two). As much as the Sabres would love to get their hands on Ryan trading Miller would be a huge mistake even with another goaltender mixed into the deal.

Jhonas Enroth and Jonas Hiller. In simplicity the answer has to be no. In all likely hood Hiller would be the starter, but what people are missing is the fact Miller actually had better numbers on arguable a weaker team. Miller finished the year with 31 wins, 6 shutouts, a 2.54 GAA and a .916 Save Percentage while Hiller finished with 29 wins, 4

shutouts, a 2.57 and a .910 Save Percentage. If the Sabres failed to make the playoffs with Miller's numbers, they may end up in the lottery pick conversation with Hiller's.

Trading the face of your franchise for a young player is a huge risk, and just doesn't make sense. In order for the Sabres trade Miller (the backbone of the Sabres) there needs to be a huge return. Ryan finished last season playing all 82 games with 31 goals and 57 points pretty respectable numbers for a young kid, but he was playing with top level line mates Corey Perry and Ryan Getzlaf (before the lines got shuffled) the Sabres don't have the same caliber players to pair him with.

The Sabres would be better off working a deal for the Penguins Jordan Staal, a centre who has the ability to make everyone around him better. Staal suited up for 20 fewer games than Ryan and finished with just 7 fewer points (25 goals and 25 assists for 50 points). Which relates to Jordan Staal being a better point per game player. Although he plays on the third line with the Penguins he is not your typical third line centre and could

provide the solution to the Sabres number 1 centre issue. Staal would also bring along veteran leadership and playoff experience having won a Stanley Cup with the Penguins, he may be able to help calm Sabres rookies down for that last stretch to get into the playoffs.

If the trade to acquire Bobby Ryan involves Ryan Miller then the Sabres should walk away. Miller is the face and backbone of the franchise and has more "experience" than Hiller (won the Vezina, Olympic Silver, 2 deep playoff runs). But if the Sabres were able to throw Derek Roy and their 2 first round draft picks into the pot then things could get interesting. The Sabres would be able to dump Roy and get a solid player in return, plus free up some cap room to spend this summer.

If the Sabres did want to go the route of trading Miller (which would be a huge mistake) then they would be better suited to go after Jordan Staal a proven player who has won a Stanley Cup and could make a difference right away.

But at the end of the day the asking price for Bobby Ryan and Jordan Staal may be too high!