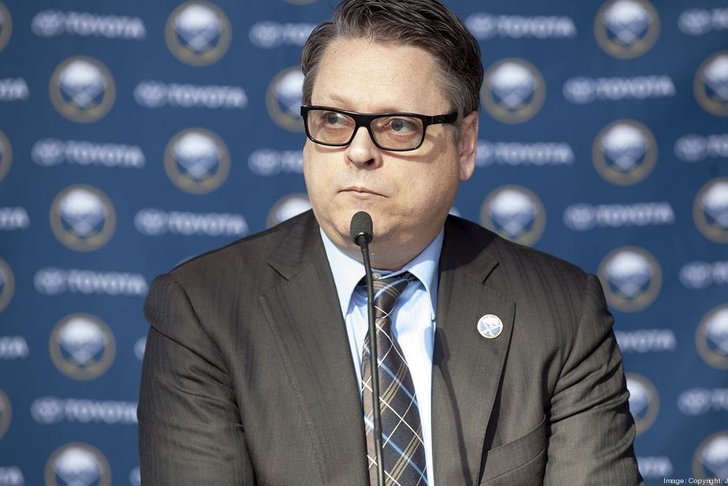 The Buffalo Sabres are undeniable sellers heading into the March 2nd NHL trade deadline, and general manager Tim Murray has been a busy man on the phones in his attempts to offload talent in hopes of expediting the franchise's rebuilding efforts.

“I’ve called a couple people that I’ve had conversations with earlier in the year,” Murray said to Brayton Wilson of WGR 550 on Thursday. “I had some calls today, made a couple calls back to people, left a message. There are teams that are interested in some of your guys and teams that are not interested. Have I called 29 other teams, I haven’t. But I’ve talked to several teams.”

There's even a mystery player whose name has been bandied about, taking Wilson by complete surprise.

“I had a call like that today that I never thought I would get on a guy,” Murray said. “He actually said, ‘Can you believe I’m calling you on this guy?’ And I said, ‘No, I can’t. But let’s talk.”“You’re supposed to have an idea of who you may be dealing with because of previous conversations, but you never know. Some team could come out of the blue, whether that’s because of an injury or your guy happens to be playing very well and their opinion changed on them. There’s multiple reasons why you might get a call from somebody that you hadn’t previously thought was a fit for a guy.”