Sabres Rumors: Chris Stewart, Others Could Be Traded Before Monday's Deadline 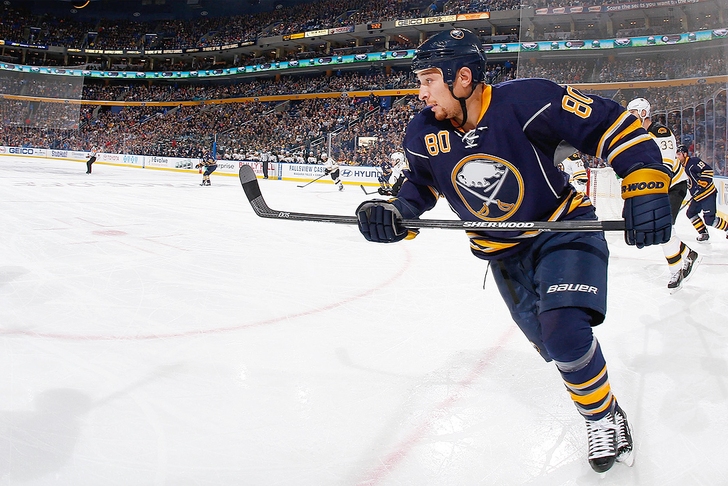 The Buffalo Sabres are in full rebuilding mode, and right wing Chris Stewart is one of several Sabres players bracing themselves to be shipped off before Monday's NHL trade deadline.

"Like I've said all year, it's out of your control," Stewart said to the Buffalo News. "I'm not going to say I'm expecting it, but I won't be surprised."

The Sabres are reportedly looking for a ransom in return for Stewart, with recent reports indicating that they're asking for a second-round pick and a high-end prospect in exchange.

In addition to Stewart, the Sabres are expected to trade defenseman Andre Benoit and forward Torrey Mitchell before the deadline, and they could also part ways with goalie Michael Neuvirth as well.

"We know it's pretty much 100 percent there's going to be changes," Torrey Mitchell told the News. "But that can be the case with a lot of winning teams too. You can't over-think it really."

Michael Neuvirth, for one, isn't stressing about the possibility of being shuffled elsewhere by midday on Monday.

"We'll see what happens," Neuvirth told the News. "It's a business. If I do go, I would be surprised. It's going to be interesting, but right now I don't stress about getting traded at all."