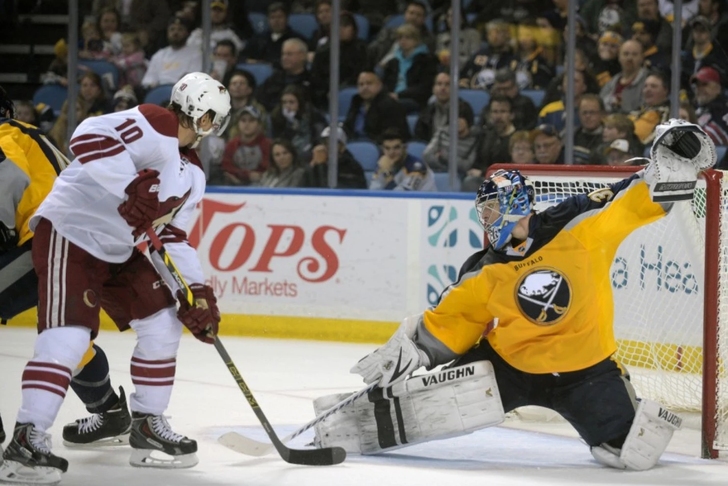 The Buffalo Sabres' 4-3 home overtime loss to the Arizona Coyotes on Thursday was spiced up by a controversial "Tank Night" hosted by a vocal sect of the Sabres' fan base.

That section of fans, known as "Tankers," have taken to cheering opponents and booing Sabres players in hopes that Buffalo will lose its way into a top pick in the 2015 NHL Draft.

Sabres defenseman Mike Weber heard those fans loud and clear on Thursday (as did the television mics), and needless to say he wasn't happy.

“It’s tough to get momentum when your fans are rooting against you,” Sabres defenseman Mike Weber said to the Buffalo News after the game, via the Washington Post. “That’s the unfortunate part. I’ve never seen that before. I’ve always spoken extremely high of our fans. I don’t even know if disappointed is the word. … This is extremely frustrating for us.”

Captain Brian Gionta was more succinct, and perhaps more judicious, in his thoughts on the matter.

“We play the game for each other in this room and we have great fans. I’m not going to say anything further,” he said.