Sabres Back After Bobby Ryan 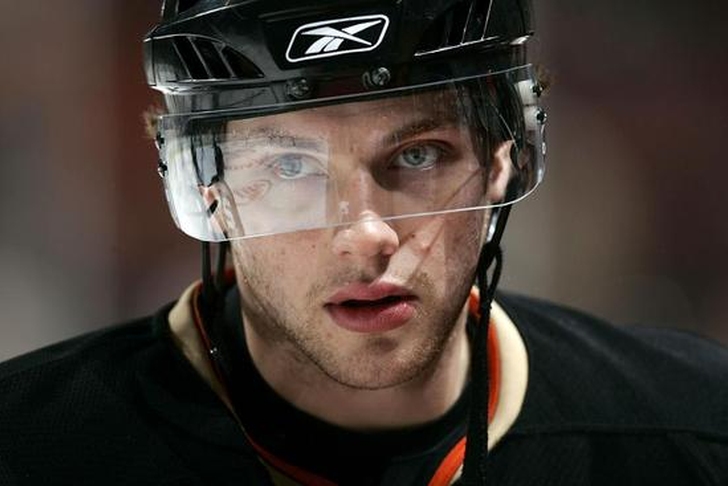 The Buffalo Sabres need a number one centre. As of right now that centre is going to have to be someone inside the organization. But if the Sabres were able to acquire the services of Bobby Ryan they wouldn't be forced to rush a young centre into a role they aren't ready for.

normal. GM Darcy Regier feels he can get Ryan for less than his original offer which included Luke Adam, Andrej Sekera and a first round pick in 2013. Clearly after watching what the Rangers gave up for Nash has inspired Regier, but does he realize he's competing against the Flyers?

The Flyers have been in tough this offseason. Failing to land Ryan Suter, Zach Parise, Shea Weber, lost Matt Carle and possibly without the services of Chris Pronger will put in a hefty offer to get Ryan. Earlier today the Flyers sent their offer forward which includes: Matt Read, first round pick in 2013, Scott Laughton and Andrej Meszaros. That's a pretty solid offer. Regier has been informed of the Flyers offer and has reportedly asked the Ducks for a few days to put a better offer forward.

Right now the bidding race for Ryan is between the Flyers, Bruins and Sabres. The Bruins are unwilling to part with Milan Lucic which will likely take them out. With the Flyers offer from today, they are the front runners and have already topped the Sabres original offer. Regier has to step up his offer but at the same time make sure he doesn't over pay.

While Tyler Ennis is virtually "untouchable" the Sabres have to be willing to put something in to sweeten the pot. So what would it take to pry Ryan away from the Ducks? Based on the first offer the Sabres presented, it's looking like the Ducks are after a draft pick, a prospect and a NHL ready player/veteran.

Luke Adam becomes the perfect bargaining tool. He has the ability to play both wing and centre on a teams second or third line but also has the ability to help a teams minor league program. Adam may also benefit from a different coaching philosophy as he hasn't been able to flourish under head coach Lindy Ruff.

While Ennis will not be included in the deal, the Sabres have another player who plays just like him. Nathan Gerbe is thought by many to be a smaller, less developed version of Ennis. Gerbe is a fun player to watch, he is so full of energy when he plays and plays his heart out night in and night out. He's a spunky player with tons of speed and isn't afraid to mix it up with players much taller than him. Gerbe is still young and has lots of time to fully develop his game. While he played in just 62 games last season due to injuries he still managed to put up 25 points. With the right line mates Gerbe could have a sensational season and become a key member for a team looking to compete for the Cup.

The Sabres have an abundance of defeceman signed for next season, which gives them the

ability to part with up and coming defenceman like Mark Pysyk. Pysyk was the captain of the WHL Edmonton Oil Kings who went on to win the WHL Championship. He also played for Team Canada at the World Juniors where they won bronze. The Sabres drafted Pysyk in the first round of the 2009 NHL Entry Draft. Pysyk is a solid prospect with great leadership abilities that would strengthen a teams blue line. He's a great prospect to through into a deal.

Here's my proposal for Bobby Ryan: Luke Adam + Nathan Gerbe + Mark Pysyk + 1st round draft pick and Andrej Sekera. Keeping the foundations of the original deal but spicing it up a little. Of course the Sabres would want the Ducks to throw in another piece or two to even out the deal, but that package should be enough to land Ryan.

What do you think, what do the Sabres have to offer up? Is my deal too much?