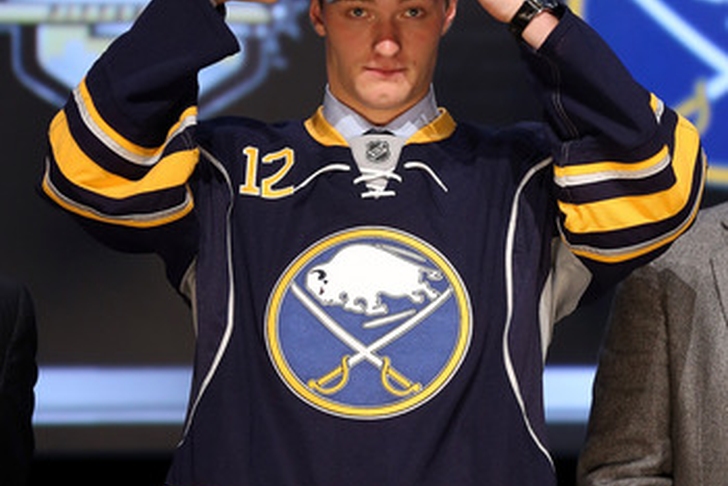 You knew it was only a matter of time before the KHL would offer up a monsterous contract to Mikhail Grigorenko.

the Buffalo Sabres first round draft pick, in an attempt to lure him away from the NHL.

The KHL GM put out two quotes during an interview in which he directly mention Grigorenko and trying to win him over.

"According to the regulations in this part of four hockey player gaming. But we have to produce on the ice at least two. If we have two worthy candidates, of course, they will play. We would very much like to have, for example, Mikhail Grigorenko. In general, the famous CSKA and will be famous for talented youth.

"Of course, it is necessary to make tough decisions, competition is very high – we tried this. I gave the example of Grigorenko, because he really guaranteed a place in the team of CSKA with some very good financial condition. But our young people want to try overseas. Therefore, with such players as Grigorenko, it is difficult to negotiate. But we still try – quoted Fedorov

Now you have to think Grigorenko would be silly to throw everything he has worked for and his dream of playing in the NHL (the best league in the world) away just for money. But look at the fact he has yet to sign an entry-level deal with the Sabres, why?

Fellow first round draft pick Zemgus Girgensons signed an entry level deal with the Sabres preventing him from returning to play at the University of Vermont. Showing he is completely committed to his future in Buffalo. So what's Grigorenko waiting for?

He can't make more money or get a longer deal as he must sign an entry level deal that will last the next three years. He has the skill to jump right into the NHL next season. He won't want to wait until after CBA talks as there are talks about extending the terms of the entry level deals.

prospects. While Girgensons is signed and can't leave for another league (other than AHL) if Grigorenko is not signed he can flee to the KHL to play while the NHL is on strike. While he claimed at the draft he hasn't and wasn't going to call or speak with the KHL, money talks and so does a lockout.

While playing in the NHL is every players dream and Grigorenko said he will do anything to make the NHL. If there is a lockout, he will want to play somewhere and if the KHL is offering him bucket loads of money why wouldn't he accept it?

If the NHL does go into a lockout it could play directly into the hands of the KHL and luring young players away from the NHL. Sabres fans should be wary of a lockout and the possibility of losing their first round draft pick. Could be bad news for Sabres fans.