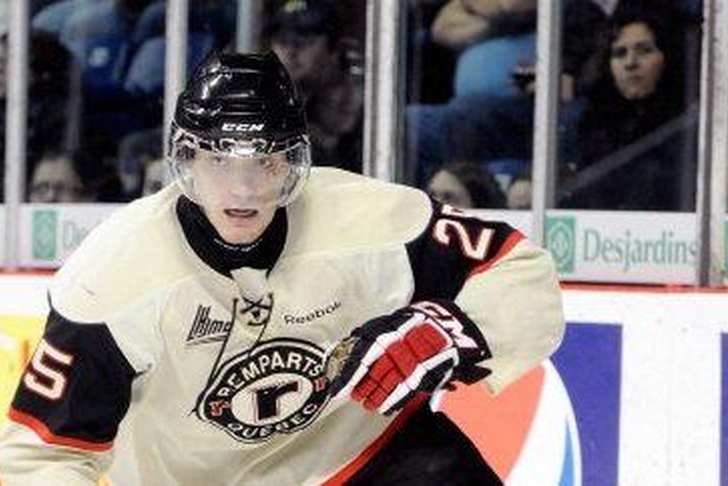 Remember I wrote an earlier piece about how another year in the QMJHL wouldn't do anything for Grigorenko's development? Well it appears the "Q" may be a little too easy for the Sabres 12th overall pick in the 2012 draft. Through 12 games Grigorenko has 24 points and is 6th in scoring, despite playing 2 fewer games than his competition.

Looking specifically at the numbers, Grigorenko is scoring an average of 2 points every

game and is on a 12 game point streak, which matches his highest point streak from last season. If he doesn't get bored and mail it in, his current streak puts him on pace for 136 points if he plays in all 62 games. Those totals would smash his impressive output from last season which saw him put up 85 points in just 59 games. It's truly remarkable to watch the 18 year-old light up the league and is something positive for Buffalo Sabres fans too look forward to. Combined with Zemgus Girgensons, Tyler Ennis, Cody Hodgson and Marcus Foligno the Sabres have built themselves a solid prospect pool to draw from. The Sabres could be dangerously good in a few seasons.

When and if the NHL lockout comes to an end, it's almost a given that with his play and being their first round draft pick that Grigorenko will have an invitation to training camp and will likely make the team in some role. Maybe filling in for Ennis should his injury be serious or even starting on the wing to get his feet wet. The most important thing for Grigorenko is too keep competing and working hard. Although goals and points are coming easy now, he can't let up and slack off he needs to keep working hard and finding ways to improve his game. At this rate it would be completely resonable to see him win the QMJHL scoring title, if he keeps working hard.

Depending on his adjustment at the NHL level, Grigorenko may turn out to be the steal of the draft, and for Sabres fans finally something has gone their way! You can catch Grigorenko and the Quebec Remparts on Thursday night (tonight) against the Baie-Comeau, look for Grigorenko to extend his point streak.