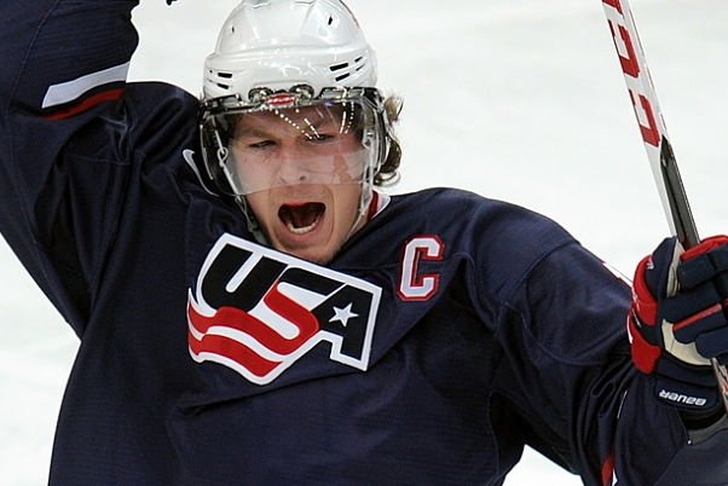 Another World Junior Tournament has come and gone once again- This year saw the US win the coveted title, returning them to the elite level of junior hockey. The US entered the tournament with what many said was little chance to win but left the tournament on top. The tournament as usual featured many up and coming prospects, who many fans are seeing for the first time- and for Buffalo Sabres' fans it was no different.

4 Sabres prospects headed over to compete in the 2013 World Juniors and 3 of which left with medals, that's a pretty solid record and reason for fans to be excited for the future of this team.

McCabe was named Captain of the American squad and helped lead the team to a gold medal. He was a fantastic captain who lead by leadership- scoring 2 big goals against team Canada in the semi-finals. He racked up 6 points (3 goals and 3 assists) and perhaps most remarkable +/- 9, for his efforts throughout the tournament he was also named top defenceman. Not a bad tournament for the NCAA defenceman taken by the Sabres in the 2nd round of the 2012 draft.

Moving to the Russians, who managed to defeat Canada to win Bronze on home soil, brings us to one of the better Russians Grigorenko. Going into the tournament many believed the Sabres prospect would be overshadowed by first overall pick- Nail Yakupov. But by the time the tournament was over Grigo had performed better then his counterpart. Grigorenko's best game came in the quarterfinals against Switzerland where he scored the game tying goal and the shootout winner sending his team onto the Semi-finals against Sweden. Through 7 games he scored 2 goals and added 4 assists for 7 points, but was also one of the Russians most complete players.

Next is the Sabres free agent goaltender Makarov. After not being selected in the 2012 draft, the Sabres signed the netminder as a free agent- and that move is looking pretty good right about now. Makarov played in 3 games for the Russians including the bronze medal game against Canada. After being pulled before the finals in the 2012 tournament because of poor play against the Canadians, Makarov was able to get his redemption and lead his team to a win over Canada. It was another interesting 6-5 finish between the rivals. Makarov finished the tournament 2-1 with a 2.99 Goals Against Average and .932 Save Percentage.

The only thing a little worrisome about Makarov is his inability to shut the door once his team has a lead. The Canadian never had a lead in the game, meaning the Russians were always ahead by a goal or two but each time the Canadians scored inching closer to taking a lead. If Makarov can work on keeping a lead late in the game instead of forcing his team to go and score 6 goals, then he may have a future in the NHL.

The fourth player sent to the tournament was Joel Armia who had a stellar tournament with the Finish team but left empty handed. Armia played just 6 games but finished 2nd in scoring with 6 points and finished just 3 points back from Ryan Nugent-Hopkins who lead the tournament.

All in all the Sabres look to have a bright future. With many prospects finding their niche and ready to make the jump to the next level it may only be a few years until we see the Sabres challenge for a Stanley Cup.