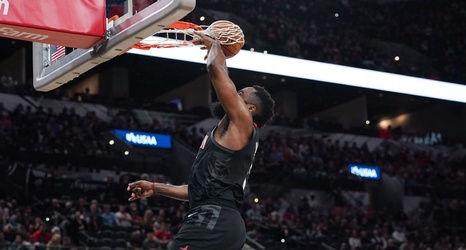 SAN ANTONIO -- The Houston Rockets are optimistic the NBA office will take action after the referees mistakenly did not count a James Harden dunk in Tuesday night's 135-133 double-overtime loss to the San Antonio Spurs, sources told ESPN.

The Rockets are hopeful the league office will either award the win to Houston due to the Rockets outscoring the Spurs in regulation or order that the final 7 minutes, 50 seconds be replayed at a later date, sources said.

Harden's breakaway dunk with 7:50 remaining would have given the Rockets a 103-89 lead.