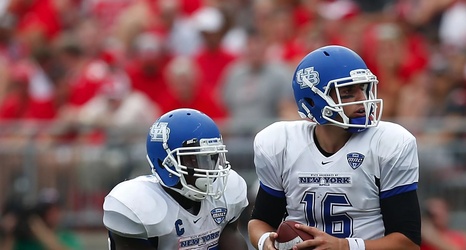 Rather than our normal record watch format, where we focus on one particular player who may move up in the school record books, Bull Run is going to do a post putting together only the records from the three previous Bowl games that the school has played in.

For the first time in school history two Bowls are being played in a close enough time frame so that UB players will have played in Multiple Bowls. The previous games were in 2008, 2013, and 2018.

It very doubtful, given how UB runs their offense, that Kyle Vantrease puts up gaudy numbers.