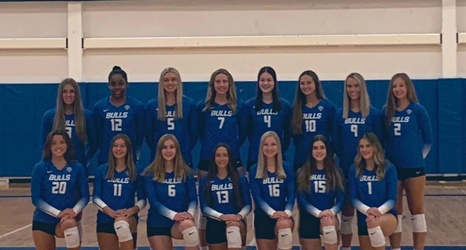 After a rebuilding season in the spring of 2021 where the UB Volleyball team went 4–18, the Bulls only lost one senior to graduation (middle blocker Lexi Nordmann), and so Buffalo has almost the entire team returning, plus three incoming freshman. Coach Scott Smith begins his third season as the Bulls head coach. Two years ago, Smith led the Bulls to the MAC Tournament #7 seed, and the Bulls’ first ever victory in the MAC Tournament “Round of 8”, in a season in which the Bulls started the MAC season at 1–5.

Two of the incoming freshman (setter Mandy Leigh and outside hitter Maria Futey) were starters and played regularly as seniors for the #4 nationally ranked high school team, Padua Franciscan.