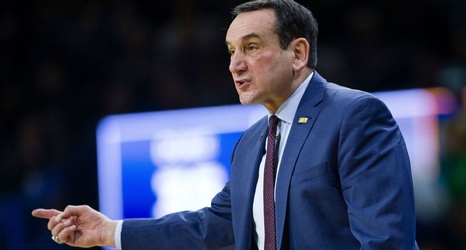 Duke's Mike Krzyzewski, who is the winningest coach in Division I men's basketball history and has led the Blue Devils to five national championships in his 41 seasons, plans to retire after the 2021-22 season, the university announced Wednesday.

"My family and I view today as a celebration," Krzyzewski said in a statement. "Our time at both West Point and Duke has been beyond amazing and we are thankful and honored to have led two college programs at world-class institutions for more than four decades. That, coupled with 11 unforgettable years as the United States National Team coach, has resulted in a remarkable journey.