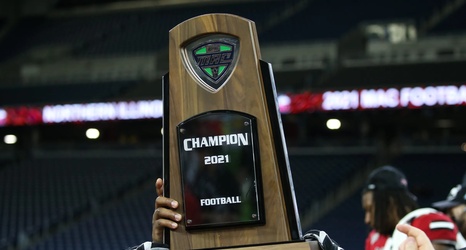 In case you’ve not heard, the NCAA is nixing the requirement for divisions in NCAA conferences if they want a title game.

The proposal would no longer require FBS conferences to have divisions which could really help lower-ranked G5 conferences try to put their best foot forward when it comes time to access the College Football Playoff. by allowing them to match their two best teams during championship week.

Typically this would hurt the MAC East as the West usually has two better teams... But... What if there was no MAC East?

We’ve seen in the MAC that 13 teams plays hob with scheduling if the divisions are unequal.