Charles Oliveira is the UFC champion we didn't see coming 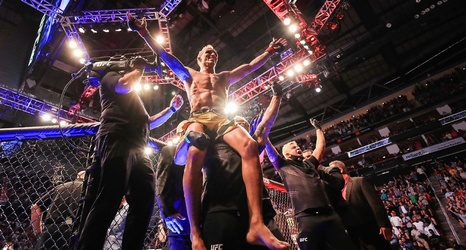 Charles Oliveira's last defeat came in December 2017, a loss to Paul Felder via second-round TKO. That was his fourth loss in a six-fight stretch. He had missed weight four times in the previous five years and started his UFC career a pedestrian 10-8, with one no contest.

I asked Felder on Saturday, prior to UFC 262, if he would have believed me if I told him back in 2017 that Oliveira would not lose another fight since that loss and eventually fight for a UFC title several years later.