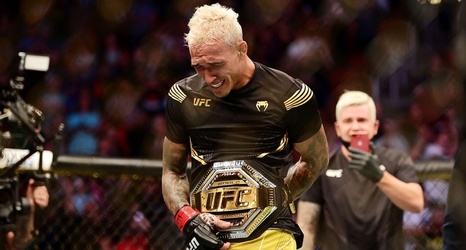 HOUSTON -- It took more than 10 years, a failed drop in weight class and more than his fair share of ups and downs. But Charles Oliveira is finally a UFC champion.

Oliveira finished Michael Chandler via TKO at 19 seconds of the second round Saturday night in the main event of UFC 262 at Toyota Center. With the victory, Oliveira captured the vacant UFC lightweight title.

"I told you I was going to knock him out and I came and knocked him out," Oliveira said in his postfight interview through a translator.