Bulls In The Pro’s - Khalil Mack 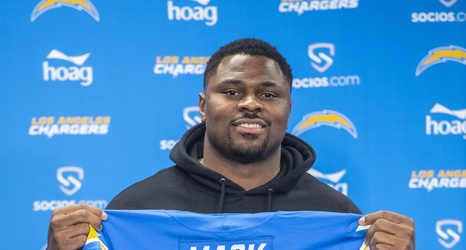 NFL Minicamps are coming up and it’s time to check in and see which Bulls will be competing for a job.

Let’s keep this one short on the history part, shall we?

Mack was the Beast of Buffalo, setting NCAA records and destroying MAC offenses for four years before being drafted fifth overall in 2014.

If you’re on Bull Run you know the backstory, recruited lightly because he started football late and came to Buffalo after the Bulls hired a coach from Liberty, who was FCS at the time, that recommended Buffalo sign the young man.