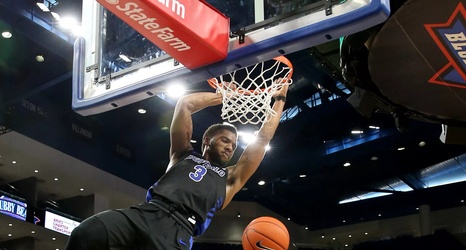 After a rough go of it against Venderbuilt the Bulls picked up their best win on the season, downing the undefeated DePaul Blue Demons on the road in Chicago.

For most of the first half the two teams traded blows, keeping the game within a coupld of scores until an 8-0 run in the last two and a half minutes, sparked by a Jayvon Graves Dunk and capped with back to back three pointers from Ronaldo Segu gave UB a 7-0 lead.

Jim Whitesell’s squad took that energy into the second half, opening the frame with a 10-0 run started and closed with a three point shots from Graves.