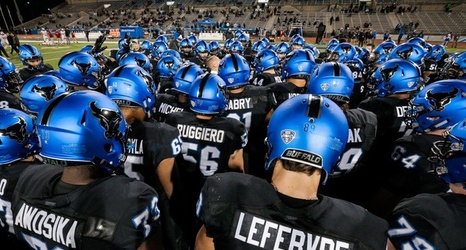 Bulls on the Air


• The Bulls are playing in the MAC Championship game for the second time in school history. The Bulls defeated Ball State, 42-24, to win the 2008 MAC title.

• Buffalo's 10 wins are the most in school history.