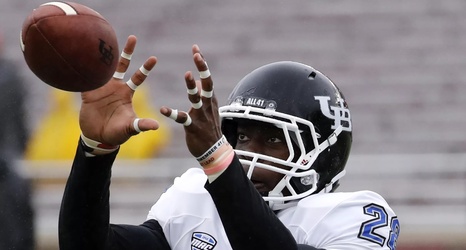 Lamour was a star receiver in Canada being recruited by the likes of Minnesota, even paying the Gophers a visit in the summer of 2014, but UB offered him first and Lamour jumped on the scholarship opportunity.

In Canada, as a wide receiver, Lamour was the CEGEP Rookie of the Year and Division One all star in 2012. Before coming to Buffalo he was an all-star at various levels in Canada.

After using a redshirt his first season, Lamour played in final nine games of the 2016, even getting one start.