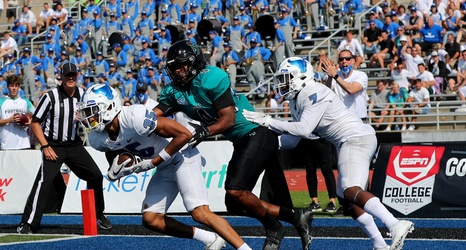 In what was easily one of the most crazy games I’ve seen in a long time Buffalo survived a furious second half comeback when a Nick Rice extra point sailed off to the right during the waning seconds of the fourth quarter.

From the very get go this was an odd game. Each programs special teams units were not to be seen in the first quarter.

After a quick three and out by Buffalo, ODU blocked a UB punt, setting up the offense in the red zone.

The Bulls defense held strong and ODU came out for a chip shot field goal.