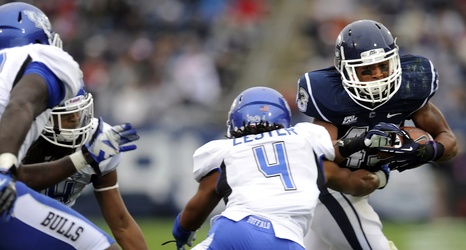 The Huskies are joining the Big East and that means football independence for the program. So now UConn has eight extra games a year for which they will have to find an opponent.

Given the proximity of the two schools it’s no wonder that Buffalo and Connecticut have looked into playing each other in football.

FBS Schedules is reporting that the Bulls and Huskies are talking about a two for two deal. In fact contracts have been drawn up but have not yet been signed.

If the contract is executed and unchanged, the two schools will play in Storrs on Sept.