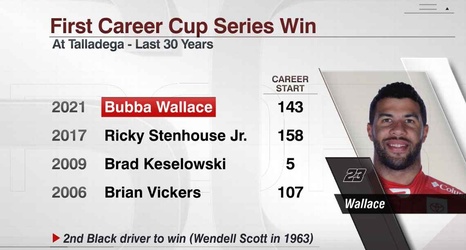 Wallace had driven through a crash and to the front of the field five laps before the second rain stoppage of the race. NASCAR tried to dry the track for almost 45 minutes but called things off as sunset approached and the rain showing no sign of ceasing.

Wallace had been waiting atop his pit stand and celebrated wildly with his crew when the race was called.