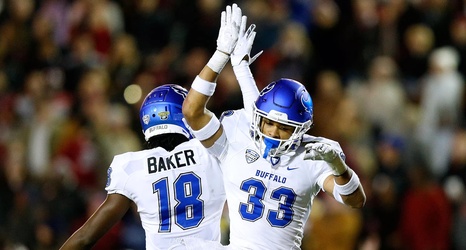 Taylor Riggins and Malcolm Koonce anchored the best line in the MAC. Buffalo’s defense led the conference in sacks and the team really spread the wealth around. There was no UB pass rusher that opponents could try to isolate.

Joey Banks also made the first team unit. Banks’ nose for the play and his love of contact make him one of the most impactful defenders I’ve ever seen in any UB secondary.