Where To Watch Buffalo Bills vs. Jacksonville Jaguars London Game On Yahoo! Sports 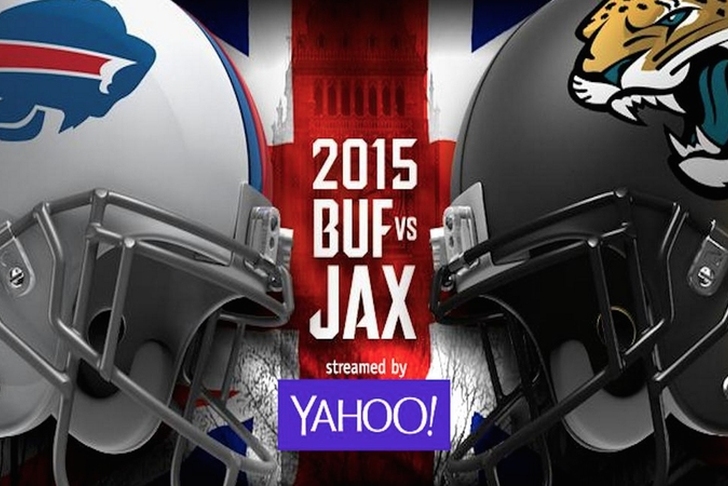 The Buffalo Bills and Jacksonville Jaguars will be part of an NFL first on Sunday morning. Their game in London will be broadcast on CBS in the teams' local markets, but the rest of the country (and the world) will only be able to watch the game on a Yahoo! online stream.

This is the first time in NFL history that the league has partnered with an online streaming service to broadcast its game around the nation, rather than hosting the games through traditional network television outlets.

Looking to keep an eye on LeSean McCoy, Allen Robinson and Blake Bortles for your fantasy football league on Sunday? Just want to watch a game before your family gets out of bed? The Bills and Jags will kick off their game at Wembley Stadium just after 6:30am Eastern Standard Time, and we're here to give you a step-by-step tutorial on how to watch the game in your local market.

Here's the how and where:

* Head over to Yahoo.com or download any Yahoo! app onto your computer, tablet or smartphone.

Whether you're a Buffalo Bills fan, a Jacksonville Jaguars fan or just a football fan in general, this is a really cool moment in NFL history. If this online stream goes off well, we could be in for more of these types of showcases down the road.

NEXT READ: 3 NFL Teams With The Most To Prove This Sunday (And Why)