What We Learned From Week 1 Of Bills' Training Camp 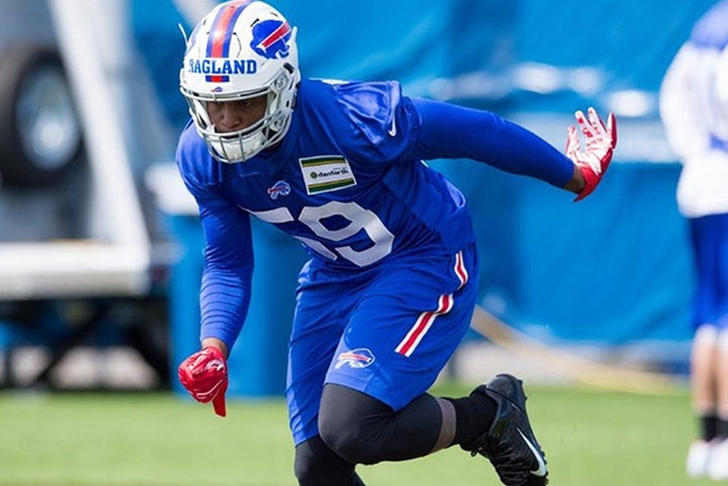 The Injuries
Injuries are an unfortunate part of football. The worst of the injuries so far is a partial torn ACL for LB Reggie Ragland. The Bills' second round pick is getting a second opinion to determine exactly how much time he'll miss. With Ragland out for at least some of the season, the Bills added Brandon Spikes to help replace Ragland at MLB. Fellow LB Manny Lawson injured himself before the start of training camp, but he's expected back for the start of the season.

The same is true of WR Sammy Watkins and DB Aaron Williams. Watkins was pulled off the PUP list Monday and has been cleared to practice. It's a promising sign for the Bills, who need their top WR. Williams is recovering from a neck injury, but played in the Bills' scrimmage Saturday. The Bills are also limiting Charles Clay's practice time after he battled several injuries last year.

Finally, Cordy Glenn suffered a high-ankle sprain earlier today. He's likely done for the preseason, but should be back in time for the start of the regular season. The Bills might turn to 2014 second round Cyrus Kouandjio at left tackle while Glenn is out.

The Other WRs
With Watkins out for the first week, the Bills gave his snaps to several other WRs. We're pointing out three in Marquise Goodwin, Greg Little and Greg Salas. Little is fighting for a roster spot, and still has issues with drops. However, he showed chemistry with QB Tyrod Taylor, which could help him latch onto the roster. Greg Salas has looked like a classic possession receiver, with crisp routes. He could end up as the slot WR. Finally, Goodwin failing to make it to the Olympics might have been the best thing for him. The speedster has looked strong in training camp and could become the more reliable deep threat the Bills need him to be.

Position Battle At Right Tackle
Ideally, Seantrel Henderson is the starting right tackle for the Bills. However, he's still on the Non-Football Injury list as he recovers from a pair of surgeries as a result of his battle with Crohn's disease. As a result, Jordan Mills is the likely starter. Mills spent most of last season on the Lions' practice squad after starting for the Bears for two seasons. Unless Henderson can recover quickly and catch up even faster, Mills looks like the starting RT.

What's Going On At Running Back
LeSean McCoy is the starter. What the depth chart looks like behind him is still unclear. Karlos Williams was supposed to be the backup, but he's still not in shape after showing up wildly overweight. He's also suspended for the first four games. The Bills signed Reggie Bush, but are bringing him along slowly. How the Bills split up the carries (don't forget about Mike Gillislee and fifth rounder Jonathan Williams) will be something to watch in both camp and preseason games.

Follow our Buffalo Bills team page for all the latest of Bills' Training Camp, or download the Chat Sports App!