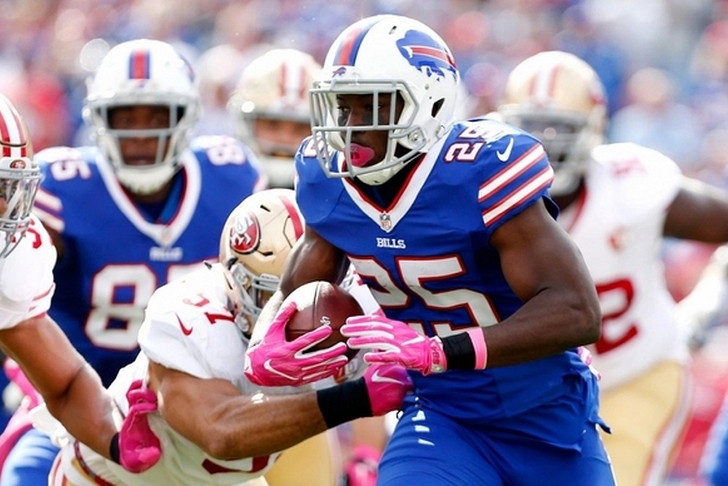 The Buffalo Bills won their fourth straight game on Sunday, blowing out the San Francisco 49ers on their way to a convincing 45-16 victory. Colin Kaepernick started his first game of the season for San Francisco, but it didn't make a difference as they lost their fifth straight game. Here are the three biggest takeaways from the game:

3) LeSean McCoy is still one of the NFL's elite backs
McCoy has faded from the spotlight over the last two years in which he put up decent numbers, but not anything like the eye-popping numbers he put up in 2013. He was already having a good season this year, but had this season's breakout game today against the Niners, rushing for 140 yards and three touchdowns on just 19 carries. McCoy dominated this game and is thriving under new offensive coordinator Anthony Lynn.

2) Colin Kaepernick doesn't make a difference
The 49ers hoping that inserting Kaepernick into their starting lineup would help spark the struggling unit - it didn't. Kaepernick showed the rust of a guy who hadn't played in nearly a year, completing less than half of his passes, and the 49ers were still unable to move the ball with any consistency. They only had three third-down conversions all game and have just five first downs the entire second half. The lack of talent is making itself blatantly obvious with this group.

1) The Bills are a playoff team
Four wins in a row is certainly an indication of changing wins in Buffalo, but this group looks great on both sides of the ball. The defense has held opponents below 20 points in five of their six games this season, while the offense has put up 30 or more in four games. With a top five defense, a top 10 offense and a top three running game, the Bills are playing like a well-rounded, well-oiled machine that can last throughout the entire season.