WATCH: Every Bills TD From Buffalo's 33-18 Win Over The Cardinals 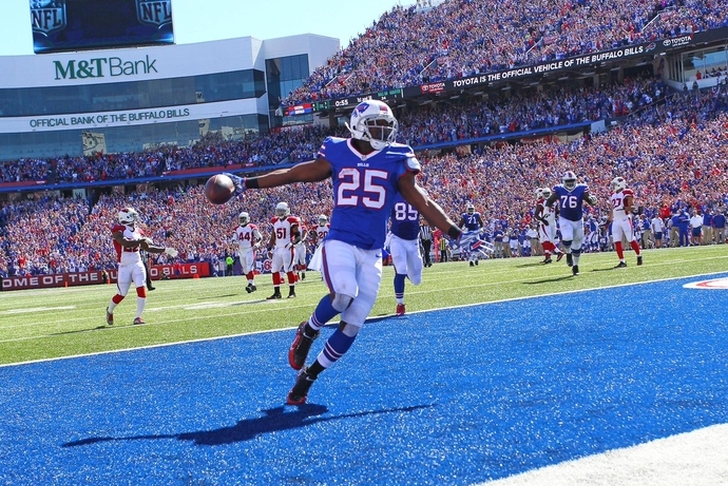 The first game for the Buffalo Bills after firing offensive coordinator Greg Roman worked out pretty well. The Bills knocked off the Arizona Cardinals 33-18, despite not having WR Sammy Watkins. The Bills actually had only 296 yards of offense, but capitalized on five Cardinals turnovers.

Check out every Bills TD from their win Sunday below.

Already up 3-0 late in the first quarter, LeSean McCoy busted up the middle for a TD run to extend the lead to 10-0.

McCoy then added his second TD of the game, making it 17-0 Buffalo in the second quarter.

The Cardinals added a TD before the half, but the Bills responded in the third quarter. It was Tyrod Taylor doing the scoring, taking it himself for the 20-yard score.

The defense even got in on the act. Aaron Williams picked up a botched snap and ran it all the way back to the house to make it 30-7.

All videos are from the Every Bills TD Facebook Page.