Vegas Odds: See Which Games The Buffalo Bills Are Predicted To Win And Lose In 2016 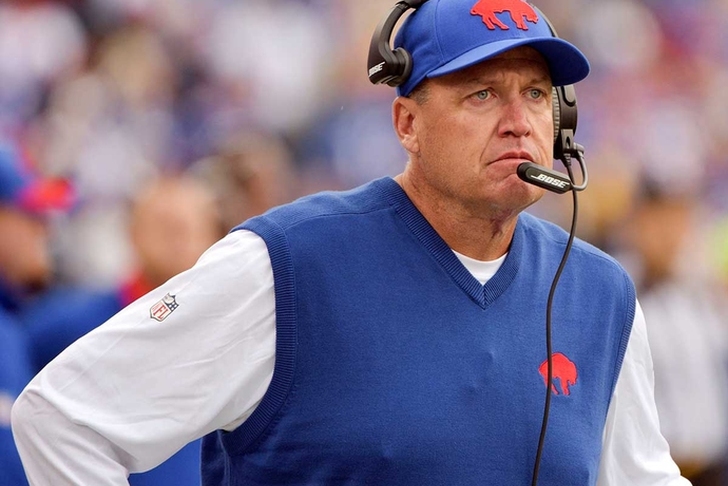 The Vegas odds for the first 16 weeks of the NFL season are out, and it's time to take a look at how Vegas thinks the Buffalo Bills will do in the 2016 season. The Bills failed to make the playoffs last season, and now head coach Rex Ryan knows they need to make the postseason this year if he's going to keep his job.

The odds for Week 17 are not out yet, so that week isn't counted. With that in mind, here are the games the Bills are predicted to win and lose according to Vegas in 2016.

Week 1: at Baltimore Ravens
Lose by 3

Week 7: at Miami Dolphins
Lose by 1

Week 9: at Seattle Seahawks
Lose by 10

Week 12: vs. Jacksonville Jaguars
Win by 5

Week 14: vs. Pittsburgh Steelers
Lose by 2

Clearly, Vegas doesn't hold the Bills in high regard, predicting just five wins in the first 15 games of the season, taking them clearly out of the playoff picture. Buffalo does have one of the toughest schedules in the league, having to face the Bengals, Cardinals and Seahawks along with their two usual matchups against the Patriots, but Bills fans don't care about that - they want to end their postseason drought. Unfortunately, Vegas doesn't see that happening.