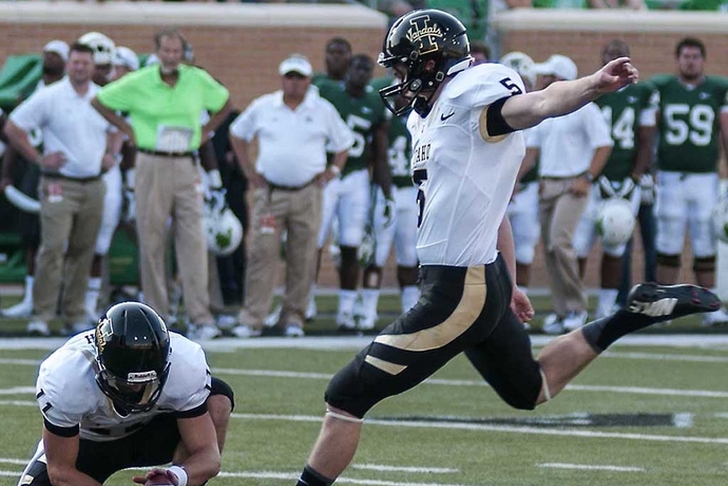 The 2017 NFL Draft is complete and the Buffalo Bills have already landed a few coveted undrafted free agents. NFL teams start trying to sign these UDFAs the second the draft ends, and sometimes even sooner, although all of the moves typically won't officially be announced for a few days.

We have every player the Bills have signed below. We've also included a brief write-up about the more notable additions.

It's not a big crop of UDFAs so far, which might have something to do with the overhaul the front office is undergoing. If there's one player most likely to make the roster, it might end up being the punter, Austin Rehkow. He was the top punter in this year's draft and Buffalo had to have at least promised him a shot at the job. Colton Schmidt was one of the worst punters in the NFL based on net average. Don't be surprised if Rehkow wins the job. He's the rare prospect to handle both kicking and punting, but he'll do the latter only in the NFL, with the potential to contribute on kickoffs.

Tennessee TE Jason Croom has the size-speed combo teams want, but he's battled injuries and is more of a WR than a TE right now with his blocking issues. He could be a practice squad candidate.

Greg Pyke played out of position last year at tackle, but profiles as a guard in the NFL. He's another practice squad candidate who could carve out a backup role in the NFL.

Follow our Buffalo Bills team page for all the latest Bills News or download the Chat Sports App!