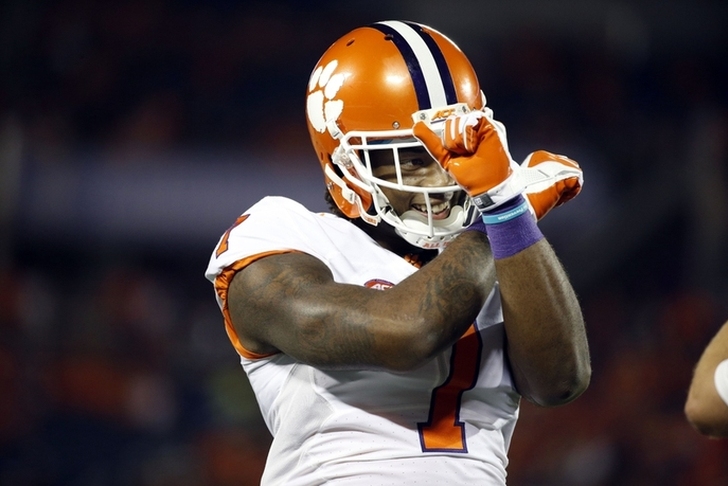 The NFL offseason is in full swing for the Buffalo Bills. They made a few moves in free agency and are pushing to get over the hump and make the playoffs, but the Bills have a few team needs to address for that to happen. With the NFL draft less than a month away, it's time to take a look at those needs.

Although fans might want a new coach, general manager, owner or whatever, only positional needs are detailed here. With all that in mind, here are the 3 biggest Bills team needs for the 2017 NFL Draft.

3) Linebacker
This is more of a depth play than anything else. The Bills seem to have their starting linebacking core covered with Lorenzo Alexander, Reggie Ragland and either Preston Brown or Ramon Humber, but that's basically where Buffalo's depth ends. Considering that Alexander is more of a pass rusher, Humber was a special teamer last year and that Ragland missed all of his rookie season due to injury, this is a group that needs versatility, insurance and upgrades. It's not as pressing as the top needs on this list, but look for the Bills to draft a linebacker or two at the end of the month.

2) Cornerback
Buffalo has a huge lack of depth and top-end talent at cornerback. They lost top cover guy Stephon Gilmore in free agency and only added Leonard Johnson. Ronald Darby figures to take over as the Bills' No. 1 corner, but after him, there are question marks all over the board. If they don't use their first round pick to address that need, they will definitely use their second rounder to do so - and we'll likely see them use a few late-round picks on the position as well.

1) Wide Receiver
After losing Robert Woods and Marquise Goodwin in free agency, the Bills have a huge need at wideout next to Sammy Watkins. They did sign several free agents at the position, but Corey Brown is currently projected to be their No. 2 guy - and that's nowhere near good enough. With the No. 10 pick, Buffalo will likely be able to draft either Clemson's Mike Williams or Western Michigan's Corey Davis, both of whom look like they will be high-quality players in the NFL.

Follow our Buffalo Bills news page for all the latest Bills news or download the Chat Sports App!