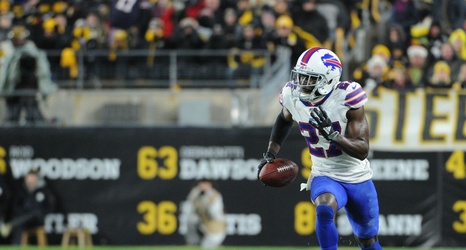 Buffalo Bills cornerback Tre’Davious White, at the tail end of a career-defining season, has been named a first-team All-Pro cornerback by The Associated Press. The third-year pro joined Stephon Gilmore to comprise the lead cornerbacks on the vaunted roster.

White won the honor after an outstanding season anchoring Buffalo’s top-tier defense. He hauled in a league-leading (and career-high) six interceptions, along with forcing two fumbles and making four tackles behind the line of scrimmage. Not only did he lead the league in interceptions, but he also finished the entire year without giving up a single touchdown in coverage, according to charting services like Pro Football Focus.