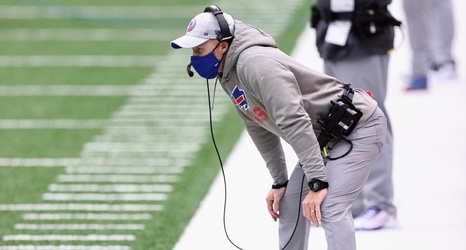 In the ugliest possible way, the Buffalo Bills defeated the New York Jets today, 18-10. In doing so, head coach Sean McDermott broke a tie for the fourth-winningest coach in franchise history, nabbing his 30th career win. A win is a win, right?

Today’s victory pushes him up one spot on the team’s all-time list, passing Wade Phillips (29 wins in 50 games); he still trails Chuck Knox (38 in 76 tries), Lou Saban (70 out of 121), and, someone you might be familiar with, Marv Levy, whose 123 career wins have remained untouched since he retired in 1997.