Report: Buffalo Bills hoping to allow a small number of fans in stands for next home game 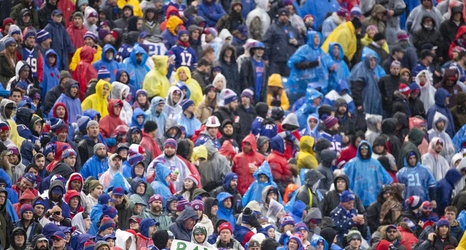 The Buffalo Bills’ organization is talking with Erie County Executive Mark Poloncarz about bringing fans in to watch the team’s next home game. The talks were reported by WBKW.

According to Ali Touhey of WBKW, the Bills’ organization wants to bring 9,000 fans into the team’s Thursday Night Football match-up with the Kansas City Chiefs on October 15. While Touhey tweeted that representatives from the state were open to only 7,000 fans, that was refuted by Poloncarz, who tweeted that number was determined by the county, adding that officials at the state level have yet to agree to anything at all.