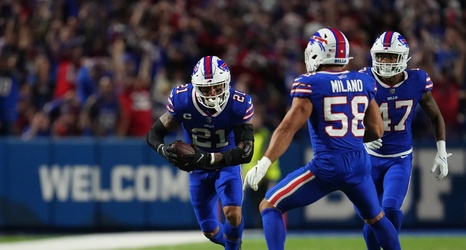 The Buffalo Bills are already down Micah Hyde for Sunday’s game against the Miami Dolphins, and it looks as if they’ll be without fellow All-Pro safety Jordan Poyer. According to multiple reports from late Saturday night, Poyer is expected to miss Sunday’s tilt with the Miami Dolphins due to a foot injury. Jeremy Fowler at ESPN seems to have had it first.

The Bills haven’t confirmed exactly what Poyer did to his foot, nor have they confirmed when or how it happened. He appeared on the injury report on Wednesday, and practiced in limited fashion on Wednesday and Friday, mixing a DNP in on Thursday.