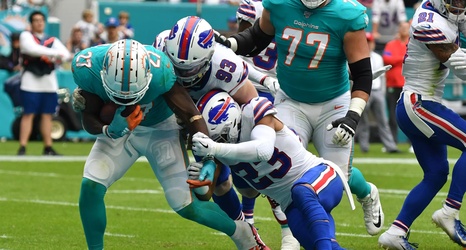 The Miami Dolphins entered Sunday’s game against the Buffalo Bills on a two-game win streak. That streak came to an end, however, as the Bills pummeled their divisional rivals, winning 37-20. Even though the Bills won by three scores, the game was closer for a time. And even though the score was closer, especially in the first half, it never felt as if the Bills would lose.

Our five Dolphins to watch all had an impact on the game, although some didn’t quite have a positive impact for their own team.

This guy is so frustrating to watch.