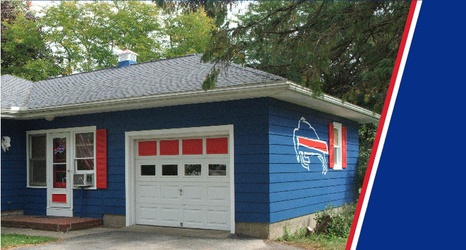 Earlier this season, Buffalo Bills superfan Michael made waves on local TV after he painted his house Bills royal blue in response to his neighbor Eric’s Jets flag. Inspired by his unmatched fandom, Pepsi jumped in asking fans to rally behind Michael and celebrate this unapologetic loyalty by retweeting their post. If they reached 1,000 retweets, Pepsi promised to take their neighborly rivalry even further by creating a commercial and billboards to go live around the city. In mere hours, that goal was met (and well beyond), and now Pepsi is living up to their end of the deal - with billboards and a broadcast commercial going live this week, featuring Michael, ahead of the Bills / Jets game this Sunday.