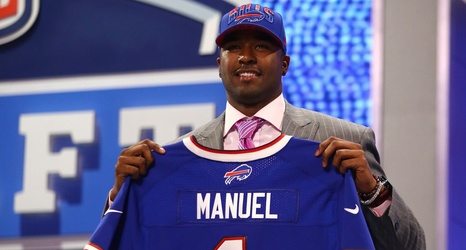 There are many reasons for the Buffalo Bills’ lack of sustained success for the past couple decades, but the team’s handling of the quarterback position has to be one of the more all-encompassing explanations. After Jim Kelly retired following the 1996 season, the team has cycled through starting passers like a Spotify playlist left on shuffle. The question is, what was the team’s worst mistake?

NFL.com’s Ali Bhanpuri thinks he has the answer. In an article detailing each AFC East’s history at the position, he declares that EJ Manuel was the team’s biggest mistake at QB.