Next Gen Stats from Bills-Lions: Buffalo’s secondary continues to struggle 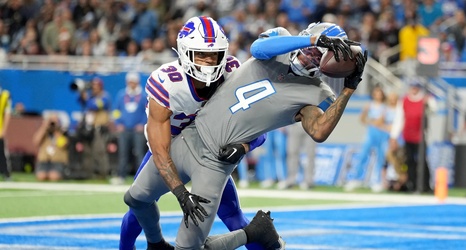 The Buffalo Bills are back on the right track after winning back-to-back games over the Cleveland Browns and Detroit Lions during a two-game stretch at Ford Field. Now, the Bills prepare to face the New England Patriots on Thursday Night Football. Although Thanksgiving feels like it was weeks ago already, the Bills did play just six days ago, beating the Lions 28-25, and the weekly Next Gen Stats (NGS) have dropped, giving us a better look into what went right and wrong.