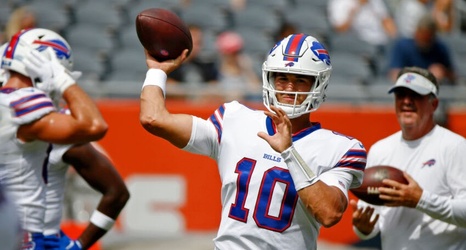 The second preseason game for the Buffalo Bills was named the “Mitchell Trubisky Revenge Game” as the former second overall pick from 2017 returned to face the franchise who drafted him.

While it was only preseason, Trubisky got just a little bit of revenge after an impressive first half against the Bears where he completed 20 of 28 passes for 220 passing yards with one touchdown.