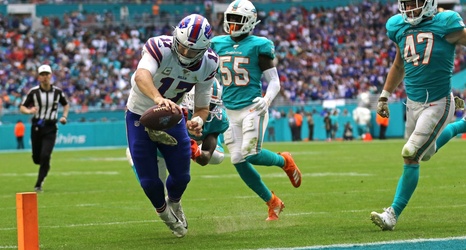 When Buffalo Bills head coach Sean McDermott told his second-year quarterback Josh Allen to play “fearless”, the signal-caller not only listened, he responded with arguably his best game as a professional.

Allen, who made smart reads and accurate throws while directing an up-tempo offense that moved the ball at will against the Dolphins, was honored Wednesday as the AFC Offensive Player of the Week.