How the Buffalo Bills can still win the AFC East 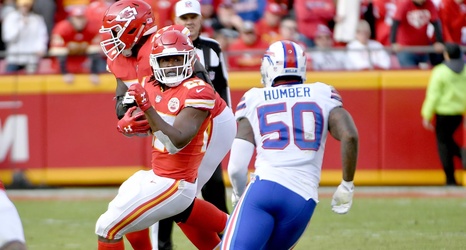 The New England Patriots lost on Sunday, leaving the door open for a Buffalo Bills AFC East division crown. It would take some help and a run from the Bills, but it’s doable.

If Buffalo wins out, they will beat the Patriots once in the process, evening the teams’ records. The Bills would still lose the tiebreaker to New England, so the Patriots would still need to lose another game either to the Cincinnati Bengals in Week 15 or the Miami Dolphins in Week 17.