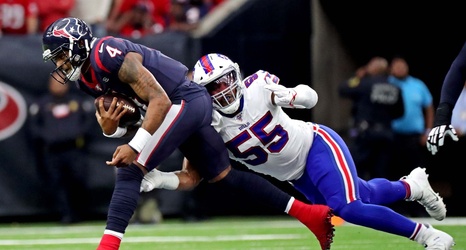 A week after adding former Buffalo Bills defensive end Mario Addison, the Houston Texans have double-dipped, signing former Bills defensive end Jerry Hughes, per Jordan Schultz. Hughes was the longest-tenured member of the Buffalo Bills before his contract expired. Hughes is from Sugar Land, Texas, a suburb of Houston, and went to Texas Christian University in Forth Worth so his Texas roots run deep.

The deadline for compensatory picks was last Monday, so players signed from here on out won’t count in the formula. That’s perhaps the reason Addison and Hughes remained on the market through the NFL Draft.