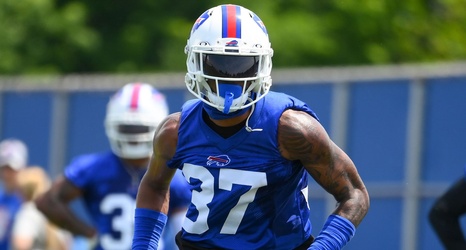 The Buffalo Bills are the only NFL team in the state of New York, but their NFC East counterparts, the New York Giants, are continuing an offseason trend of signing as many former Bills as is possible.

After hiring former Bills to serve as general manager (Joe Schoen) and head coach (Brian Daboll) in the front office, and signing ex-Bills Matt Breida (RB), Jamil Douglas (OL), Jon Feliciano (G), Tyrod Taylor (QB), and Davis Webb (QB), the Giants have brought in another former Bill, claiming cornerback Olaijah Griffin, who was released by Buffalo following the team’s 27-24 win over the Indianapolis Colts in Week 1 of the preseason on Saturday.